Cadmium toxicity can displace calcium in the body. Cadmium is a toxic heavy metal that serves no health-supporting function when present in the body.  Cadmium is a carcinogenic and is extremely poisonous; it targets the cardiovascular, neurological, respiratory, reproductive, gastrointestinal, and renal systems. While cadmium intake in small amounts has negligible effects and doesn’t result in any noticeable symptoms, moderate to high amounts of cadmium toxicity can be revealed with testing and can cause some severe health issues. Burning fossil fuels releases cadmium to the air, and breathing it in can irritate the lungs. Large amounts of cadmium are linked to kidney damage, cancer, and bone fractures. 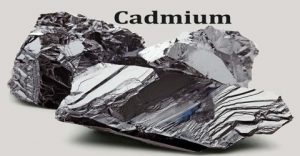 Cadmium Toxicity and the Workplace

Cadmium toxicity can affect major aspects of one’s health, though more studies are necessary to fully assess the potential risk to humans and the environment. The general symptoms for acute cadmium poisoning include: