Please note this lab test may not be order for resident with an address in California (CA), Maryland (MD) and New York (NY). USA shipping is $15. International shipping is $40 and shipping cost is added to your order – including if other products are ordered at the same time with their own shipping charges.

Read More About These Essential and Toxic Metals 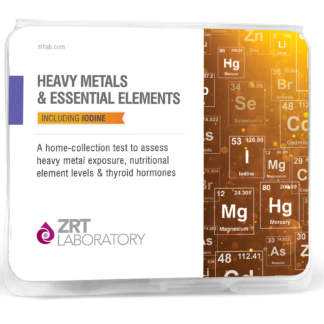